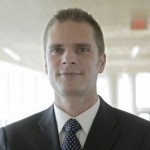 Rodolphe Barrangou, an NC State professor and pioneer of the discovery of the adaptive bacterial immune system known as CRISPR, has been named a recipient of the 2016 Warren Alpert Foundation Prize. The prize comes with a cash award of $500,000, to be divided equally among Barrangou and four other recipients who have contributed “to the understanding of the CRISPR bacterial defense system and the revolutionary discovery that it can be powerfully adapted for genome editing.” Winners will be honored at a symposium at Harvard Medical School on Oct. 6.