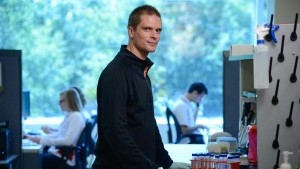 Rodolphe Barrangou, an NC State professor and pioneer of the discovery of the adaptive bacterial immune system known as CRISPR, has been named a recipient of the 2016 Canada Gairdner International Award, one of the world’s most esteemed medical research prizes.

Barrangou is one of seven researchers receiving Canada Gairdner Awards this year, and one of five associated with CRISPR research. He and Philippe Horvath, a senior scientist at DuPont, will receive the Gairdner International Award “for establishing and characterizing CRISPR-Cas bacterial immune defense system.”